Out of all the loan types that I work on, construction loans repeatedly amaze me by how commonly I find fraud, and by how large the variety of fraudulent schemes are employed. In this article, I will go over why construction loans in particular are riddled with fraud.

In 2006, construction loans were represented by government studies as being virtually free of any suspicious activity. So how is it that loans that appear so angelic and pure ended up being described by Deutche Bank as “without doubt, the riskiest commercial real estate loan product”?  In August of 2010, USA Today reported, “the Congressional Oversight Panel, a financial watchdog, has warned that construction loans have deteriorated faster and inflicted bigger losses on banks than any other real estate loans.”

The answer to why these seemingly good loans are revealed to be riddled with complex undetected fraud starts with the origination process. Unlike regular mortgage lending, construction lending commonly involves highly sophisticated parties that have regularly worked together to obtain construction financing for years, especially to build up to la 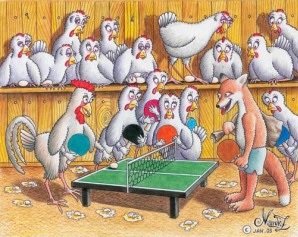 rger projects. These parties can include originators, investors, builders, appraisers, and title officers all working together with a combined knowledge of the transaction and influence over each other.

And the payoff is huge. Unlike regular refinancing where a loan originator may be induced to loan application fraud for a loan origination fee of a few thousands, these parties can pocket millions. For example, one ring in Utah I examined targeted multiple less sophisticated smaller credit unions and paid straw borrowers $20,000 each to be applicants for simultaneous construction projects. The contractor recruited and paid straw borrowers from a racial affinity pool, an unlicensed broker arranged financing, and escrow agent closed the files and disbursed large initial and continuing construction draws while minimal work was performed and while construction financing for several dozen straw borrowers was being approved. The perpetrators then split millions and disappeared, leaving dozens of unfinished homes in default in the hands of dozens of straw borrowers, with dozens of unlicensed and voidable mortgage loans.

So why didn’t the government agencies detect the overwhelming fraud and put a stop to this? Part of this is a lack of regulator training and oversight. A larger part was allowing financial institutions to audit their own loans for suspicious activities.

So construction loans became the most toxic and fraudulent loans in the industry, while appearing in government studies as the best loans in America.  I’ve found fraud in appraisals, application and straw borrowers, lot switching, builder contracts, and unique multiparty construction loan conspiracies.